THE INFLUENCE OF THE TYPE OF STARTER CULTURE ON RIPENING PROCESSES, PHYSICO-CHEMICAL AND SENSORIC CHARACTERISTICS OF WHITE CHEESE

Traditional starters are used for different types of cheese, a mixed associations of microorganisms. The mixed starters contain more species and strains of bacteria isolated from traditional starters. Depending on the type of cheese are produced, they prevail mesophilous bacteria: Leuconostoc lactis ssp lactis and Leuconostoc lactis ssp cremoris, strains of the genus Leuconostoc or thermophilous: Streptococcus thermophilus, Lactobacillus delbrueckii ssp bulgaricus Lactobacillus delbrueckii ssp lactis and Lactobacillus Helveticus. Starter cultures are used for cheese production for conversion into lactic acid from lactose from milk, decreases with pH value of the middle and have influence on the aroma of the resulting cheese with fermentation of lactose in combination with the degradation of proteins, thus affecting the taste of cheese. Cheese which is obtained by using starter cultures have better organoleptic properties and is more acceptable by consumers. Starter cultures of bacteria are active during the whole process of producing the cheese. In this thesis are considered the most important issues that define the biochemical changes during thirty days ripening of the white cheese obtained with the use of starter cultures. In order to obtain soft white cheese two starter cultures are used: 1.Thermophil starter (Lactobacillus delbrueckii ssp. Bulgaricus and Streptococcus thermophilus) and 2.Mixed starter (Lactococcus lactis subsp. Lactis, Lactococcus lactis subsp. Cremoris, Streptococcus thermophilus and Lactobacillus delbruecki, subspecies bulgaricus). Changes that occur in lactose, protein, moisture content, the content of milk fat, contributes to the formation of aroma and texture of the cheese.Based on the results obtained it can be deferred that the cheese obtained with mixed starter has showed improved sensory features, which means a greater acceptance of the same the consumers 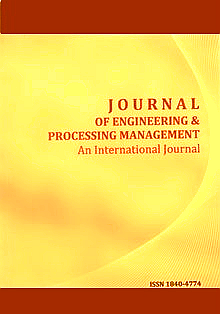